Hello vapefam! How are the “ber” months treating you all? Jen here, and I am back again with another hardware review for you all today courtesy of the Aimer from Voopoo (thank you!). Voopoo has sent this kit to me for the purposes of a review.

This time, we will be having a look at Voopoo’s latest foray into the starter kit market: the Voopoo Doric 20!
You may note that it wasn’t that long ago that I wrote the review for the Doric 60 kit. The main difference between the two “Doric’s” in my eyes is that the Doric 60 is primarily a starter sub-ohm kit, whereas the Doric 20 is an MTL starter kit.

Indeed, off the bat, it’s a pen-styled kit that caters for those newly switching to vaping or coming off using disposable devices.

As always, my review will be from my own experience of using the device as a regular vaper, as most of you vapers buying this device will be.

I was sent a sample pack that included:

The kit packaging is very similar to what we saw with the Doric 60, with box contents, kit features, Voopoo’s socials, and standard warning language written around the box. The front of the box is stylised with an embossed figure and name of the kit. Looks simple but smart!

The kit, as a whole, is what I would call a pen-style device. It is longish and relatively thin (124 x20 mm), almost resembling the form factor of a cigarette, although obviously much larger. And this is why my very first thought upon seeing this kit, is that it’s really aimed at those switching from smoking to vaping.

The thought after that though, is that this kit looks well classy! With its smooth curves and finish, it’s definitely not like other starter kits out there that just “does the job”. For me, the Doric 20 wants to make me feel elegant whilst having a starter kit that also performs well. Now I am definitely down for that!

It is comprised of a pod and a battery, with just one button to operate it. Clearly, simplicity is what Voopoo is going for here which fits very well with the theme of catering to new switchers.

The mod is minimalistic and made out of aluminium alloy. It is very lightweight on its own and even with a completely filled pod attached to it. The finish is very smooth and done in a matte-like style, which means it won’t attract pesky things like dust, dirt, or fingerprints. It is also not covered in branding: you’ll just see “Doric” at the front of the device, and Voopoo’s logo at the back of it. Both are printed on the device in a non-obtrusive way which contributes to the elegant and stylish look of the kit.

The top portion has the cradle where the pod sits, the contacts for the coil, as well as the auto-draw switch. The front has a multi-function button that is tactile, with very little play in it. The back of the device has the USB port, as well as the airflow holes plus an adjustment knob.

The device is super easy to operate:

The mod is very well built, without any rattling parts whatsoever. The battery lasts for 1.5- 2 days easily. Hence, it certainly feels like a premium device!

With regard to the airflow control, there are 3 different sized holes to allow you to tailor your vaping however which way you want. The holes increase in size from left to right. The adjustment knob has the perfect amount of resistance to have the airflow stay as you set it: loose enough to allow for easy adjustments, and tight enough to stay put even if, let’s say, it rubs against anything inside your pocket.

With all holes open, it’s a loose MTL bordering on restricted DL. But what impressed me the most in this area is the fact that this pod system can actually attain a tight MTL! With all airflow holes closed, you can still take a puff and get a tight and warm MTL. This is something that I haven’t found in a lot of pod systems (even if some claim MTL ability), and that is why this has really impressed me with the Doric 20!

Performance-wise, the mod fires dead quick and in the same way whether in auto-draw or via pressing the (fire) button. There is a negligible difference in warmth between auto and manual firing, which is again another pro for this device in my book!

The only thing I wish it did have is a way to “lock” the fire button, to allow the vaper to just use the kit on auto-draw, without worrying about pressing the fire button accidentally.

The kit comes with a new ITO pod. To my eyes, this pod is essentially the little brother of the PnP pod. It’s smaller and with a longer drip tip for MTL, but the principles of the PnP pod are still quite evident in the ITO pod.

It is made of PCTG, with coils that press-fit at the bottom. There is a side fill port, but it’s located towards the bottom of the pod which means that the pod needs to be taken out in order to refill. Now, some vapers may find this as a con, but this isn’t the case for me as I always take out my pods from the device when not in use and during refilling. This was just a habit that I’ve developed over the years with other pod systems to avoid e-liquid spills or leakages. However, and I cannot emphasize this enough, I am very pleased to report that throughout the time I’ve used the Doric 20, it hasn’t leaked on me at all! Not even condensation dampness, the bottom of the pod and coil are always dry as a bone!

The fill-port hole is large enough to accommodate most e-liquid bottles. However, because of its position, you’ll need to take care when filling to avoid the coil, else some e-liquid might spill out. Additionally, the pod must be empty when changing coils- something to bear in mind for sure.

The drip tip is very comfortable, although non-removable. I did find that the drip tip gets a little warm especially when chain vaping. Not displeasingly warm, but enough to make you notice.

Overall, this pod performed extremely well. And as part of a true starter kit, having no leakage is a major pro in my book. This is because one of the things that new switchers always make a point to raise is how much they don’t care for leaks and e-liquid on their hands. The Doric 20 doesn’t have these issues, and so will be a great choice for a new vaper!

I started with the 1.0-ohm coil, and I was just blown away by the flavour and performance! The flavour is clear, and with dense enough vapour produced. I used this coil at the highest power level most of the time, which means 14W for this coil. 14W isn’t much but boy, this coil gives a warm vape despite being made from mesh- bloody impressive! I’d rate the flavour off of this coil 8/10, easily one of the best MTL stock coils in the market these days.

The 1.2-ohm coil gave a similar vape, although somewhat having a little less warmth and flavour. I suppose this is to be expected as the coil maxes out at 12W in power. Flavour-wise, I’d rate it at 7/10 and would be best for those who like a relatively cool vape.

Now, this one all depends on who will use the Doric 20 Kit.

For new switchers, a Yay for me, absolutely! This is a great representation of vaping and would surely help new vapers to experience the best out of vaping. It is small, portable, lightweight, fuss-free to operate and maintain, and therefore absolutely perfect for new vapers.

For experienced vapers and hobbyists, the Doric 20 isn’t going to offer anything that is game-changing. However, it will be a great backup kit to have for emergencies, or even a kit to be used when roaming about in town where we wouldn’t necessarily want to be blowing plumes of vapour.

Once again, thanks to Voopoo for allowing me to test the Doric 20 kit! To purchase the kit, visit the Voopoo site or check out your local or online vape retailers. 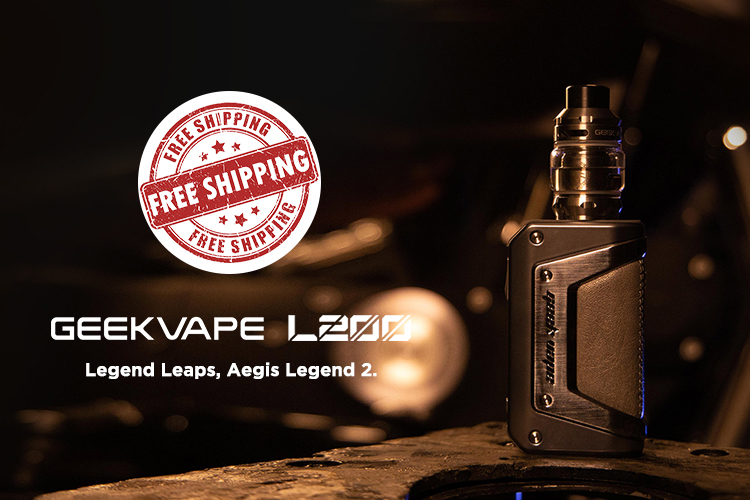 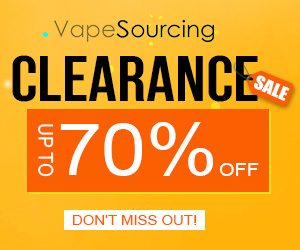 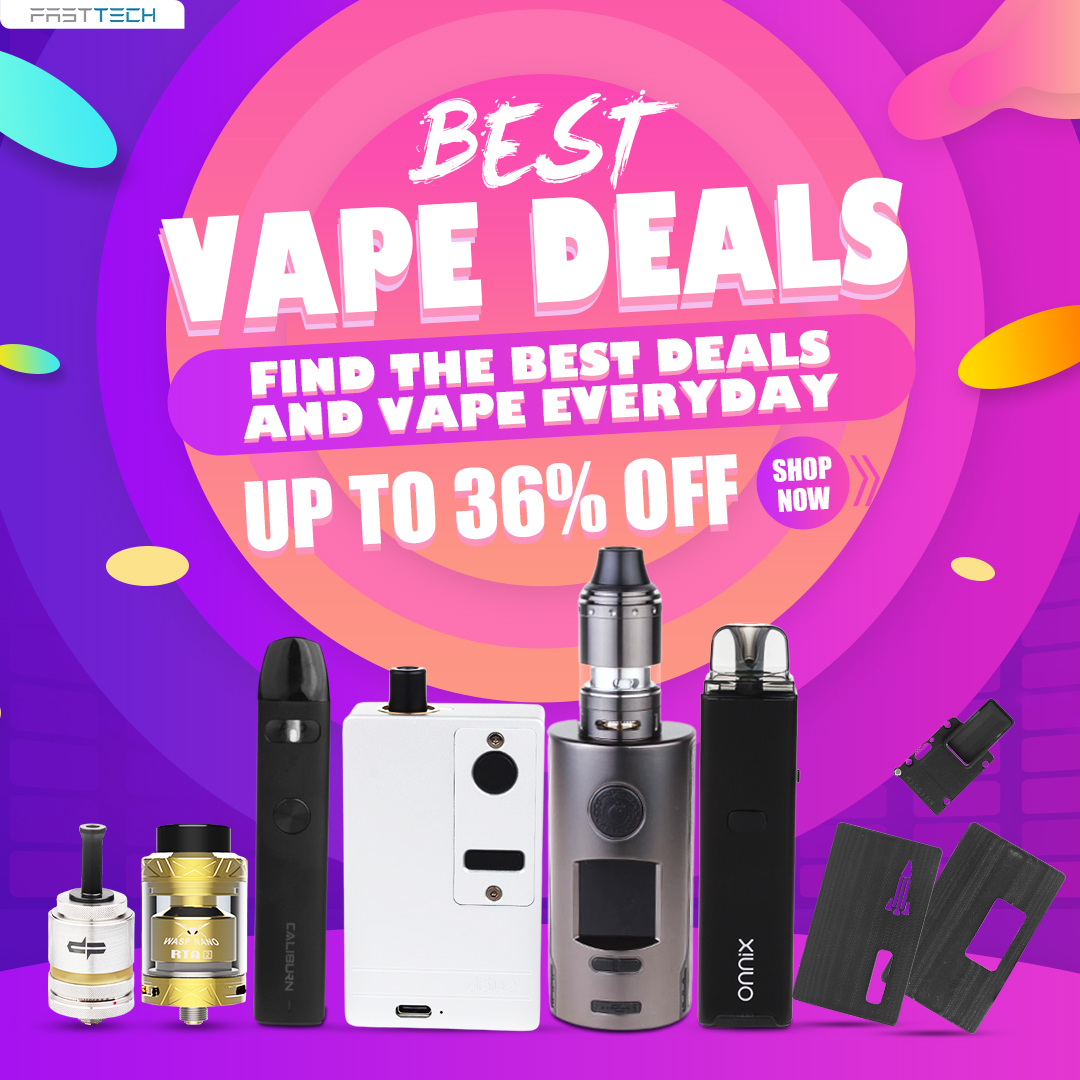